You Could Be Rattling Away Your Life

You Could Be Rattling Away Your Life

There’s a family joke which says thieves get terrified of an elderly member’s snoring, which sounds like machine gun fire and keeps off grounds. There are all kinds of snores from rhythmic rattling, and grunting which ends in a thump, to the ones which end in a whistle. There are many variations including the light musical sounds which some people make during their night — or even daytime — sleep. Children sometimes feign sleep by pretending to be snoring when they want a suspicious adult to stop supervising them. 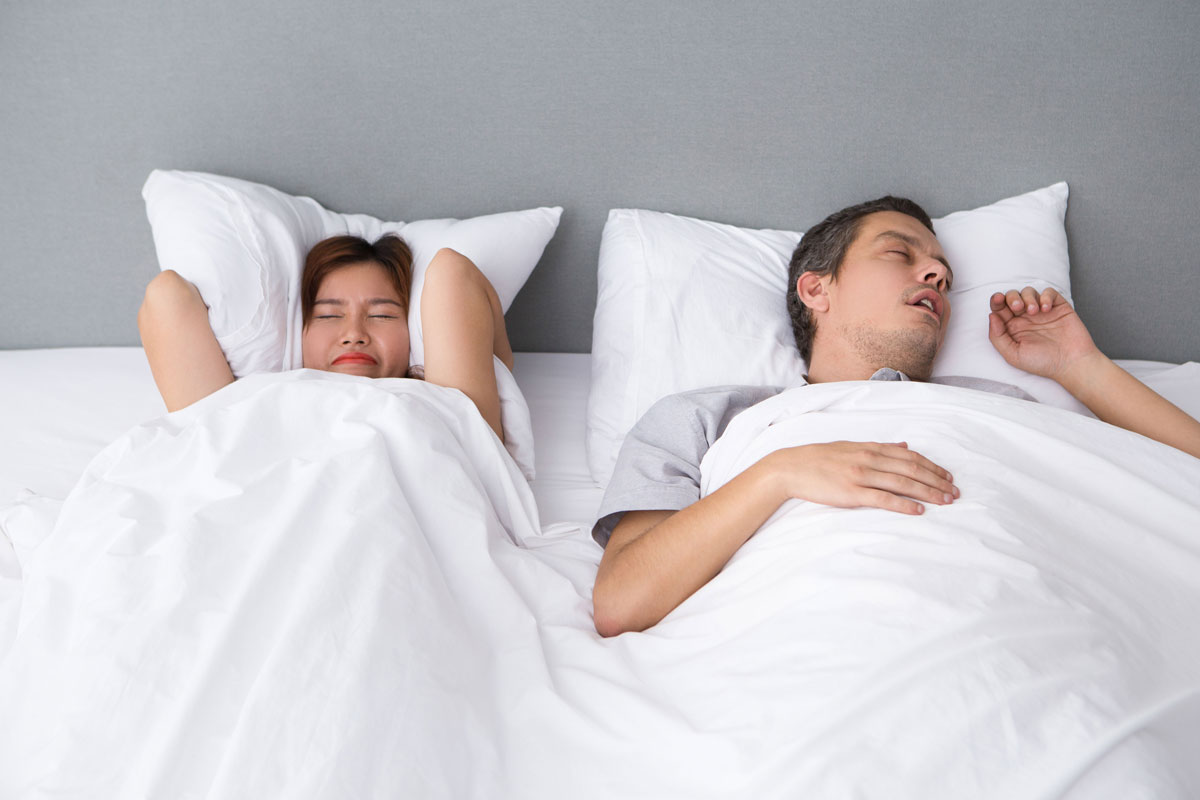 If you, a family member, or other loved one snore; don’t laugh it off, and crack jokes about it. Take it seriously as it is usually a symptom of some physical distress. Those rattles and roars are often a sign of the onset of obstructive sleep apnea (OSA). Physicians often warn patients that OSA is one of the major causes of stroke, and should never be ignored as it is potentially life-threatening. Waking up gasping or choking are signs that you might be snoring during sleep.

: Don’t think only adults snore. Even neo-natal kids occasionally snore if there is some kind of blockage. Take it very seriously as it could lead to infant sudden death.

You Might Be Snoring Without Being Aware Of It

If you often feel sleepy during the daytime; are irritable without reason; suffer unexplained headaches after a night’s sleep; have difficulty in concentrating; your throat feels sore when you awaken; suffer from diabetes; or have high blood pressure; you should immediately see an otolaryngologist (usually called ear, nose, throat [ENT] specialists in India), a sleep medicine doctor, or a pulmonologist depending on what your general physician (GP) recommends.

Snoring Is Not Normal — And It Is Serious

It is important that people begin to realize that snoring is indicative of narrowing of throat muscles, or other obstruction in the pulmonary system during sleep. The snorer necessarily suffers from inadequate air floating in the nose and throat as the muscles of the tongue and throat relax during deep sleep. Remember that a snorer runs the risk of suffocation. Though doctors say that you don’t snore when you are awake; any person suffering from a serious throat or lung infection might suddenly let out a loud rattle while lying down, but not asleep.

It Can Put A Strain On Relationships:

If one of the partners snores, it costs the other one her/his sleep daily. This might lead to their sleeping in separate rooms, putting their relationship to the test. Not only the elderly family members, but young children and adolescents might snore for much the same reasons.

When you catch a cold, suffer from some viral infection, have chronic asthma, and/or suffer from various kinds of allergies, especially dust and pollen allergy, or are overweight; you become susceptible to snoring. A blocked nose, an elongated uvula, enlarged tonsils, adenoids, or too much soft tissue in the mouth or throat which vibrates when you breathe deeply can cause you to snore.

As oxygen levels fall in the snorer, there could be a compensatory surge in the oxygen level leading to some degree of arousal. This, in turn, causes a surge in the glucose levels in the blood. For those suffering from chronic hyperacidity, sometimes the food regurgitates during sleep causing the patient to choke, and thereby snore. Even consuming alcohol before sleep could cause the throat muscles to relax too much during sleep, and obstruct the passage of air.

There are many natural remedies for those suffering from the milder forms of snoring. Airing the pillows before use, regularly changing bedsheets, using two pillows to raise the head sufficiently, regularly doing deep breathing exercises, clearing the nasal passages with a salt solution before turning in for the night, and staying well-hydrated are some options. If you are overweight, simply losing weight might help.

Going to be bed a little earlier to ensure proper eight hours sleep is necessary. Stop imbibing alcohol, especially before sleep. Take a walk after dinner. Stay away from electronic gadgets at least an hour before bedtime. Ideally, keep most of them switched off, or silent from bedtime onwards. Even changing the position you normally sleep in might help. Avoid sleeping pills as far as possible.

If the natural remedies don’t work, visit your GP first. A simple examination will indicate the probable cause, and you will be directed to the relevant specialist. A sleep medicine doctor will perform a somnology test, or an electroencephalogram (EEG) test, to evaluate the kind of sleep disorder you might be suffering from, including OSA. It might be associated with mental, neurological, or other medical conditions. The ENT specialist will evaluate whether there is any physical deformity like a blockage in the nasal passage other than phlegm, or condition which requires correction. Surgery is recommended in certain cases. Use of orthopedic pillow or oral devices are recommended sometimes.