Music is a universal phenomenon and has been common to all cultures and civilizations. Throughout human history, music has been used as a medium to forge social and religious bonds. From the ancient Greeks to the Native Indians, music has also been used in the form of chanting, hymns, and soothing sounds of flute or other ways to soothe, heal and recover from various ailments. 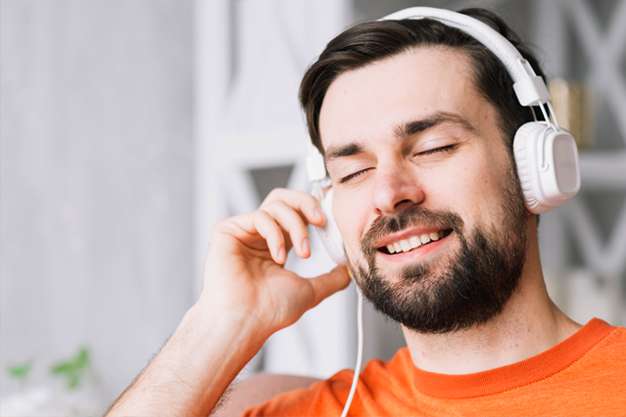 What is Music Therapy?

In recent times, researchers have been studying the therapeutic effect of music on individuals or groups for emotional, mental, psychological and physical healing and well-being. Music therapists are credentialed professionals who use music purposefully, safely and ethically to address patients’ needs within cognitive, communicative, emotional, musical, physical, social, and spiritual domains. This alternate mode of treatment is quickly gaining huge popularity internationally.

Scientific evidence upholds the validity of music for the treatment of medical ailments. There are various ways in which Music Therapy has a positive effect on the mind and body. These are:

It has been established by science that music has an extremely strong influence over emotions, feelings and mood. It has the ability to naturally increase “feel good” neurochemicals, such as endorphin and dopamine. Just like lullabies calm babies, the effect of music can be used to alter emotions for people who suffer from stress, anxiety, PTSD, depression, etc. Music is now being added to many rehabilitation programs across the world.

Music has a direct effect on cognitive abilities, memory, and learning. A well-known study conducted on college students showed a relatively higher problem-solving ability after listening to music by Mozart. This was famously termed as the “Mozart effect”. Research has also shown a promising and positive effect of Music Therapy on those suffering from learning disabilities, autistic children and the elderly suffering from Parkinson’s and Alzheimer’s disease.

Brain function, breathing pattern, heart rate, blood pressure, motor skills, muscle tension, immunity, and other physical conditions can be controlled by music in a therapeutic system. The interplay of melody, harmony, and rhythm stimulate the senses of a person and promote calmness. Music has a huge impact on the way we perceive pain and thereby plays an important role in the treatment of patients’ suffering from chronic pain, cancer, and other major life-threatening illnesses.

Towards a new approach to illness

It is time we understand and accept the power of music to change the lives of patients!