Winters are worst for asthmatics as it worsens their breathing problems. In India, winter corresponds with the biggest festival of the country, Diwali. The festival of light is synonymous with lights, lamps, colors and of course, firecrackers. There is hardly any house in India, across the length and breadth of the country that does not light lamp and burst crackers during this festival and hence the outcome is severe. The air is chocked with various forms of pollutants with the problem compounded by winter-specific farm fires and pollution caused by increased movement of vehicles. 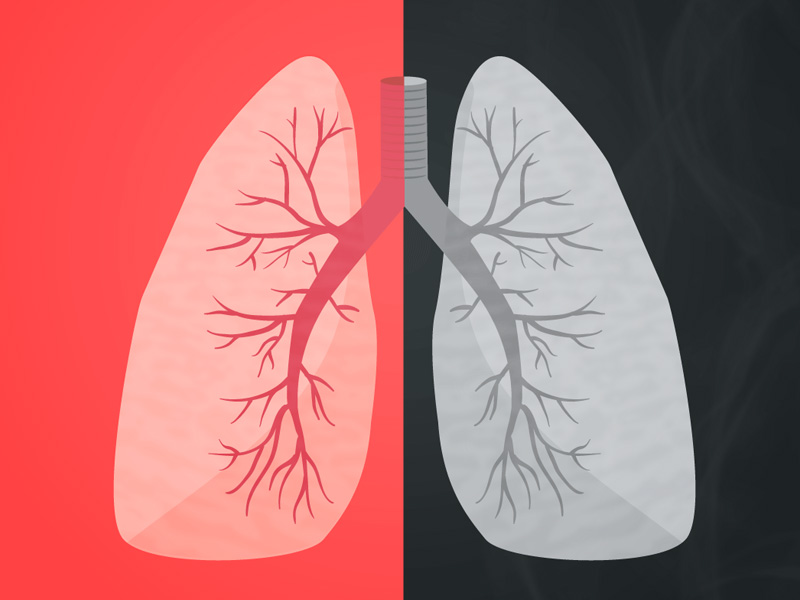 Most families have days marked out on the calendar for shopping specifically for Diwali also known as Deepawali. Firecrackers are one of the key items on the shopping list. They are often purchased in large quantities and burnt to ashes in a matter of minutes. However, the ill-effects of Diwali crackers persist in the atmosphere long after the celebrations are over and people are back to their normal routines. Diwali festival and health issues are intrinsically linked.

Indians burst a large variety of crackers during Diwali festival, one louder than the other and each one of them releasing fumes that are extremely toxic in nature and polluting the dense winter air. The cool weather prevents the smoke and pollutants hanging in the air from dispersing. This results in formation of stubborn smog that not only limits vision during early hours but also causes severe health problems in kids, and the elderly.

Doctors report a huge surge in number of patients visiting with complaints of severe respiratory disorders during Diwali festival and environment takes a major hit. These include asthma, coronary issues and lung disorders, all associated with breathing in polluted and toxic air.

The problem of pollution is because of the effects of fireworks in Diwali. It is more severe in cities as the burgeoning number of vehicles adds to the problem. Air quality takes a deep plunge as the problem gets compounded.

People staying and visiting Delhi this winter during Diwali can breathe a sigh of relief this year as the Supreme Court has banned sale of fireworks in Delhi NCR during Diwali. Last year, Delhi was sheeted in extreme toxic smog that left many senior citizens and kids gasping for breath. It also resulted in low visibility causing traffic buildup, school closure and idling offices and construction sites. Thanks to the order of the Supreme Court, people can celebrate an environmentally safe Diwali this season.

The unusual level of pollution in Delhi can be gauged by the fact that airborne pollution is a whopping 29 times higher than WHO standards. This is what forced the Supreme Court to pass an order banning the sale of fireworks in Delhi.

The bursting of cheap firecrackers often manufactured using toxic, banned and unsafe chemicals is responsible for turning Delhi and other parts of the country into a virtual gas chamber. There is an urgent need to implement measures that can gradually ease the problem and ensure that citizens get relatively cleaner air to breathe and do not suffer from respiratory problems caused by extreme pollution triggered by Diwali firecrackers.