Gestational Diabetes: Effects On The Baby And The Mother — What We Must Know, And Precautions To Be Taken

Gestational Diabetes: Effects On The Baby And The Mother — What We Must Know, And Precautions To Be Taken

Two aspects of gestational diabetes (GA) are irrefutable. First, only ladies suffer from it. The second is that it occurs only during pregnancy. However, its impact can be quite far-reaching as it affects both mother and child, not just during pregnancy, but later in life too. 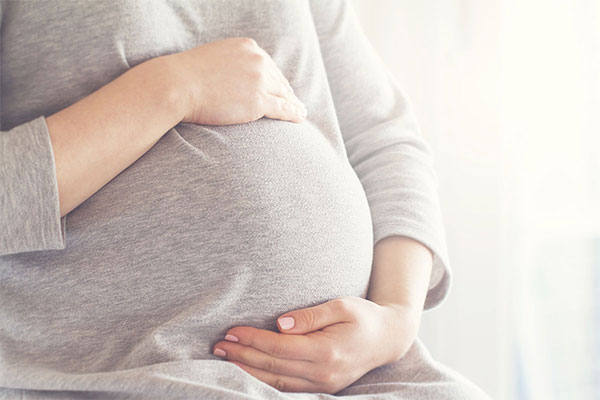 How Is It Identified?
Since there are few symptoms which could alert the gynaecologist, typically s/he screens the mother-to-be with blood sugar tests to rule out gestational diabetes. Most of the symptoms of gestational diabetes which surface are common to normal pregnancy. Nausea, especially in the first trimester, is common to most pregnant women. So is the growing fatigue unless the caregivers are careful to ensure the mother-to-be gets adequate rest and nutrition. Blurred vision should alert you that something is amiss since that is not normal in pregnancy.

The bladder and private parts are under stress:
The need to drink more water, increased hunger, and the need to urinate more often is common enough as pregnancy advances. The last, especially, is due to the continuous pressure on the bladder as the baby grows within. All the organs are under pressure — the bladder more than others. However, when it is coupled with frequent infections of the skin, vagina, and the urinary tract, then it is time to consult the doctor.

When Does It Show Up?
Normally, gestational diabetes shows up between 24 and 28 weeks. So, unless the mother is at high risk of developing gestational diabetes, the doctor prescribes the blood sugar screening only in the last trimester. In certain cases, it shows up earlier. Therefore, such screening should be undertaken in the first trimester itself if the lady is at high risk. Don’t let up on the screenings regardless of whether the result is positive or negative. Continuous monitoring of blood sugar levels is required if the mother-to-be tests positive.

Who Is at High Risk for Gestational Diabetes?

Ladies who are pregnant for the first time at above 35 years of age; those with a family history of diabetes mellitus 2; those who suffered gestational diabetes in an earlier pregnancy; those who are obese; those with high blood pressure, or who have polycystic ovarian syndrome are most at risk. In such conditions, you should be doubly wary if you or any lady in your family and friends is expecting. You don’t have to be a damp squib, but you can never be too cautious where human lives are concerned.

In case you have been wondering why there is such a fuss and feathers about GA, then you should understand that both mothers can be jeopardized if it is not managed properly. When it caused by a buildup of glucose in the bloodstream by the hormones released by the placenta, it places an undue strain on the pancreas. For the mother, it can mean increasing the risk of pre-eclampsia, severe complications during childbirth like severe haemorrhage, elevated blood pressure, the likelihood of having to undergo C-section delivery, and even depression. Don’t expect it to vanish during pregnancy, though it can be controlled if managed skillfully.

GA can lead to irreversible diabetes mellitus (DM), or diabetes 2, in the mother if left uncontrolled and/or untreated. The pancreas has to work overtime to make enough insulin to handle it, which puts it under increasing strain. In the long run, the mother’s eyes, liver, heart, and kidneys could suffer irreversible damage.

In all this, the baby growing within the womb also suffers. The extra sugar in the blood crosses the placenta causing the baby to be born overweight. There is the additional risk of the child being born with low blood sugar, neonatal jaundice, and damaged pancreas, or even stillborn.

To a certain extent, it is. Regular exercise, controlled diet, and weight control before conception would certainly aid in preventing GA. However, where there is a family history of diabetes, or where the mother has suffered from gestational diabetes in an earlier pregnancy, it is advisable to take steps early under expert supervision. Though GA goes away within six weeks of delivery, the mother stays at risk of developing type two diabetes later in life. Therefore, it is desirable that there is no letup in exercising or in the diet.

A diet which is protein rich, full of fresh greens, especially spinach etc., and citrus fruits, eaten at short intervals in small quantities would go a long way in controlling GA. Reduce the number of carbohydrates and fats in your meals. As far as possible, avoid processed foods, fast foods like pizzas and burgers, carbonated highly sugared soft drinks, alcoholic drinks, high starch food like potatoes and rice, confectionary items like cakes, muffins, and pastries. Unsweetened curds, sprouts, oats, baked fish, skinless chicken, eggs, and fresh fruits are some of the ideal foods for controlling diabetes.