Diwali aka Deepawali is indisputably the biggest and most exciting festival in India and literally means a row of lights. Diwali – Festival of Light is celebrated all over India for five days and signifies the victory of good over evil, the dominance of brightness over darkness. Diwali is the day Lord Rama returns to their kingdom of Ayodhya along with his wife Sita after Lord Rama defeated the demon King Ravana. 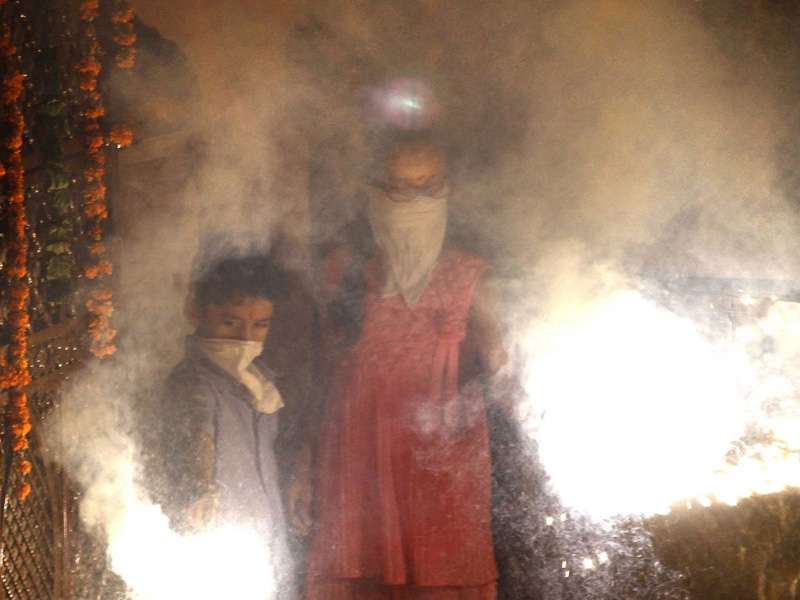 Diwali generally occurs in the month of October or November and is celebrated across India with great gusto and excitement. Diwali celebrates wealth and that’s why there is display of one’s economic prowess at all levels of society. People clean homes, dispose off old and unwanted stuff and buy new things. Hindus believe that Lakshmi, the Goddess of wealth and prosperity will visit their home on Diwali, triggering off a long spell of abundance and contentment.

However, with all the positives that Diwali festival and environment brings in, there is an influx of some serious negatives too. Diwali is celebrated by lighting of lamps and bursting of crackers. Sound and noise pollution reaches extreme levels during Diwali celebrations which usher negative impact on the health of people, especially the elders and the infants.

Over the past few years, public awareness about the ill-effects of noise and smoke generated during Diwali has increased. There are calls from responsible citizens and social organizations to celebrate this beautiful festival responsibly so that there is minimal damage to environment. The damaging effects of fireworks in Diwali can be long term. It is important to spread awareness about the need to observe a smokeless Diwali where noise levels are kept within legally permissible levels.

Modern firecrackers are not only designed for maximum sound effects but also generate a lot of smoke. There are many harmful effects of firecrackers available on the market today. When they are burst by nearly every household in the city, it leaves the atmosphere and the city littered with waste. The market if flooded with firecrackers from China which are manufactured without any regard for safety standards and are available at dirt-cheap prices which means these types of crackers are preferred as they make good economic sense – and environment be damned.

Of course, our kids grow up equating Diwali celebration with bursting of crackers – the noisier the merrier! That’s what has been taught to many of us in our developing years. However, this process has to change given the extremely high level of air pollution that we have to suffer post-Diwali. The huge increase in incidents of respiratory diseases during and after Diwali is proof of the fact that Diwali is not a safe festival anymore, especially for those who suffer from asthma and other similar conditions.

Even small and seemingly innocuous firecrackers emit pollutants in significant quantities and can make breathing difficult. Firecrackers are also linked to many respiratory problems as well. The irritating loud noises and disturbing, blinding flashes are known to trigger severe anxiety attacks, not only in humans but also in animals and birds. That’s why the time has come to celebrate an environmentally safe Diwali.

According to Dr. Manav Manchanda, Sr. Consultant & HOD of Respiratory & Sleep Medicine at Asian Institute of Medical Sciences, “During Diwali, the level of suspended particles in the air like copper, zinc, manganese, lead, cadmium, potassium, sodium increases significantly while giving a surge to respiratory disorders, eyesight issues and throat problems. Owing to the presence of these highly hazardous particles in the air, many people suffer from asthma and bronchitis kind of respiratory diseases which sometimes become very acute and serious.”